This video was made in celebration of Independence Day. Like so many other local events this year, the 4th of July Parade was cancelled. Since the band could not perform live for the event, conductor Zachary Singer and members of the band recorded themselves playing the Star Spangled Banner. We bring to you a virtual performance in celebration of our great nation!

A special thanks to Zachary Singer for doing all the video editing. 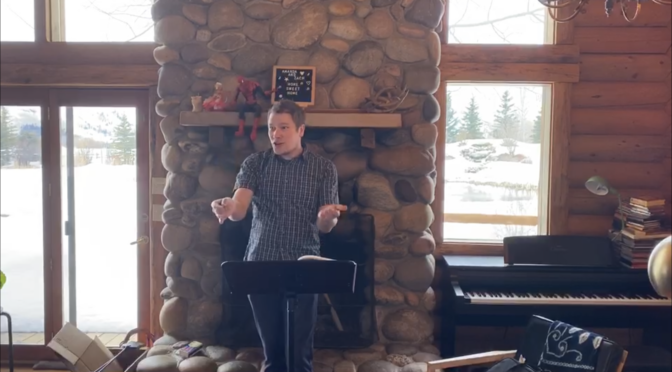 It has been an interesting past two weeks. All of my music gigs have been canceled indefinitely. I’ve been self quarantined in my cabin doing remote music classes/lessons with the Mountain Academy.

So far, the band has done a great job rehearsing for our spring concert. It was a hard, but necessary, decision to cancel our last March rehearsal. Now our Spring Concert on May 2nd has also been canceled. I’m working with the board to set up a later date so we can perform our Spring Concert music.

The best thing about being holed up in your home is the extra amount of practice time that is offered! Perhaps I will post more remote conducting videos for you to practice along with. I truly miss all of you and wish you the best of luck during these strange times. Please stay healthy! I hope to see you all again soon! 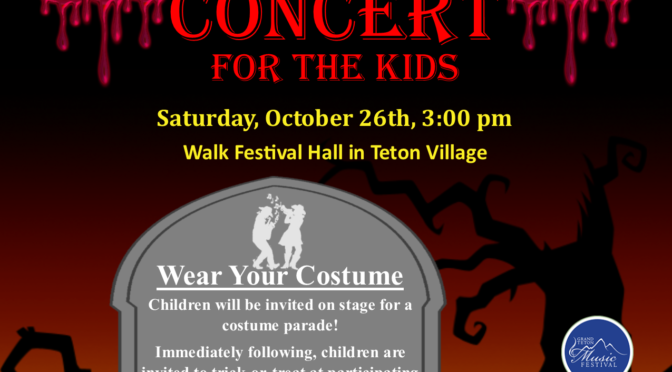 I’m so excited for this year’s Halloween Concert! We’ll be playing one of the best narrated pieces written, “Peter and the Wolf” by Sergei Prokofiev. When deciding to add this to the program, I had to think of someone who was good enough to be the narrator. My first time performing “Peter and the Wolf” had special guest narrator Leonard Nimoy. You may remember
him as Mr. Spock in the television show Star Trek. His narration was awesome and inspiring. Finding someone on parr with Nimoy in Jackson was going to be a challenge. However, since I’ve asked KJAX’s very own radio DJ DelRay to narrate, I might have found someone to beat Nimoy’s performance. DelRay and I have done lots of radio interviews in the past few years and he is one of the most joyous and animating personalities in Jackson. A few days ago, I heard him speak a line of dialogue about Peter encountering the Wolf and it gave me chills. I’m so excited to have DelRay joining us this Saturday to narrate “Peter”. So excited, in fact, I might ask him to help me with another part of the show…

“Peter and the Wolf” will be a huge chunk of the program (15 minutes!). To compliment “Peter”, I programmed a medley of John Williams horror classics. Titled “Chillers and Thrillers”, this piece features such horrifying Williams music such as the theme from “Jaws”, Voldemort’s theme from
“Harry Potter”, music from the movie “War of the Worlds” (2005) and music from “Witches of Eastwick”. As a fan of Star Wars, “Chillers and Thrillers” also features the “Imperial March” from “The Empire Strikes Back”. Who else is excited to see the last installment of the Skywalker saga this Holiday season!?

Every Halloween concert, I like to have a piece that features a special effect or instrument. My first year was a piece with a water gong. Last year featured a piece with sound tubes. This year’s “special effects” driven piece is “Haunted Clocks” by Brian Balmages. This piece showcases the percussion and flute sections. From the first measure, we hear the steady
“tick-tock” of a clock, played by temple blocks. As the piece progresses, our steady timekeeper is disrupted by the sounds of more percussion and “cuckooing” flutes layering on top of each other to their own beat. It’s not until we hear the sounds of “Big Ben” coming from the chimes that music is forced to come back on track. It’s been a fun challenge asking both sections to not follow the conductor in our rehearsals.

This year is going to be awesome! I can feel it. The musicians are really enjoying the music. DelRay is fun! There’s already snow on the ground. This’ll be the best Halloween Concert yet!