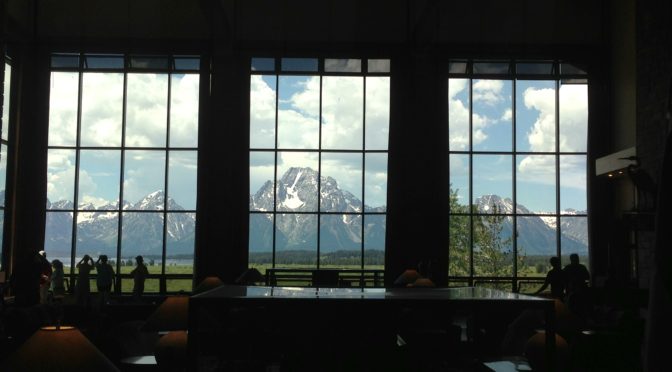 Winter is a distant memory. The snow has melted. Adventurers are rafting down the Snake. Trails are blazing with mountain bikers and hikers. Summer is here! What better way to celebrate than a good ole fashioned patriotic concert!

I couldn’t be more excited for our Jackson Lake Lodge Concert. It’s truly a treat to perform in front of the beauty that is Jackson Lake and Mount Moran. Being so close to Independence Day, this concert will feature some classic American themed music from Henry Fillmore to John Philip Sousa to Aaron Copland. Veterans will have a chance to show their nation’s pride with our “Armed Forces Salute”, which features “The Caisson Song”, “Semper Paratus”, “The Marine Hymn”, “U.S. Air Force Song” and “Anchors Away”.

This concert also features a piece by american cartoonist and xylophonist George Hamilton Green. It’s a jovial rag for wind band and solo xylophone by the name of “Log Cabin Blues”. Somehow, it strikes up the image of a Yellowstone moose somehow making its way into a local’s cabin late at night. The xylophone soloist for this concert will be none other than yours truly. While not too difficult for the band to play, the xylophone solo challenges the player with complex stick movements and long improvisational-like arpeggios.

The program will have a chance to relax with a performance of Gershwin’s “Someone to Watch Over Me”. This performance features our one and only bassoonist, Caitlyn Falco, singing the enchanting lyrics. Caitlyn also sings with the Jazz Foundation of Jackson Hole and everyone in the band is excited to have her display her talent for this concert as well. 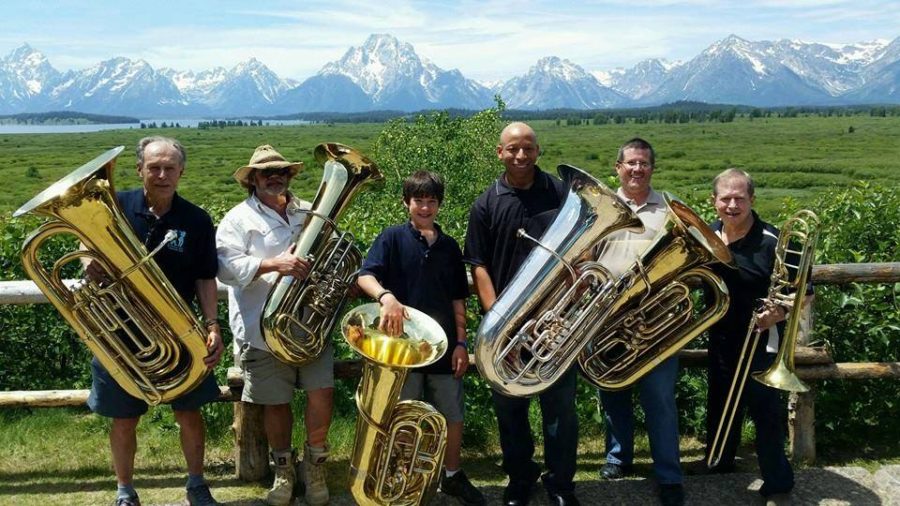 It wouldn’t be a Jackson Lake Lodge concert without PDQ Bach. Perhaps the most esteemed wind composer of all time, his works are reminiscent of a day in the life of a musical Mad Hatter. “March of the Cute Little Wood Sprites” is a tale as old as time. As described in the composers notes, “this piece was commissioned by a band of cute little wood sprites…and they were so pleased with the result that after the first performance several members of the troupe, still wearing wings and halos, climbed up on top of the composer and did a jig.” While seemingly a harmless work, this piece has provided the greatest challenge a community band could ever face; SINGING! Displayed at small intervals, community band musicians will have the opportunity to show off their reluctant dedication to the conductor with a few “Laas” and “Do-Waahs” here and there. I have no doubt that this group will use the power of the sprites themselves to pull off a charming display for the audience. 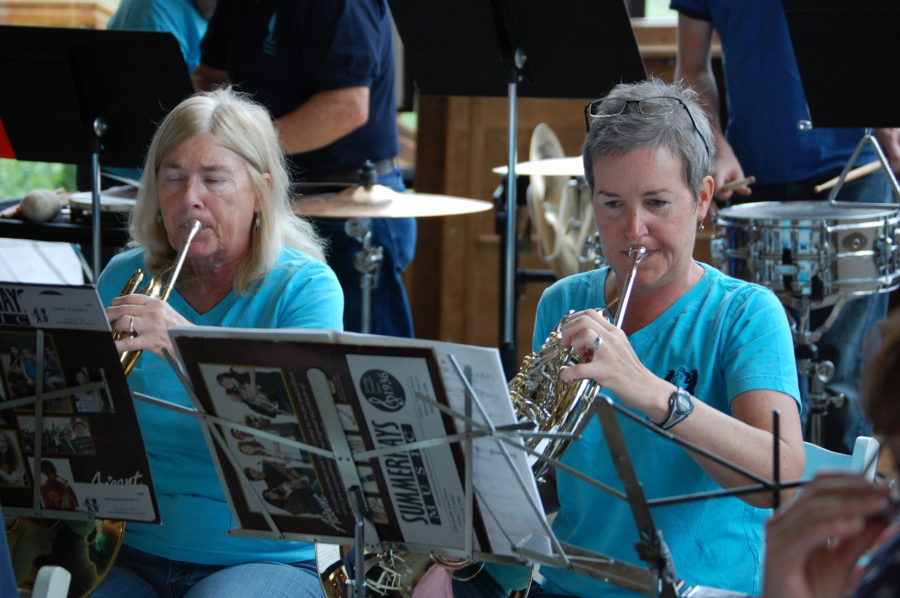 Lastly, our most challenging piece on the program (besides Midway March), “A Copland Tribute”. This piece takes the best parts of this american composer’s vast repertoire and cleverly sews it seamlessly into one piece for wind band. You will hear music from his “Fanfare for the Common Man”, “Simple Gifts” from “Appalachian Spring” and “Buckaroo Holiday” and “Hoe-Down” from “Rodeo”. The setting for this performance couldn’t be more Grand. I’m sure this conductor’s face will light up with majesty when hearing these classic Copland themes with a simultaneous view of Mount Moran. I can’t wait!